They changed their fields forever, passionately pursued their ideas and overcame opposition. We present five female scientists who changed the world. 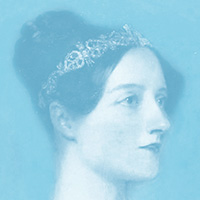 She was light years ahead of her time: Ada Lovelace laid the foundations for a programming language in the mid-19th century, when science was the exclusive preserve of men and computers only appeared in the wildest visions of the future. Lovelace, the daughter of English poet Lord Byron, loved mathematics, science and engineering. She recognized the importance of algorithms - the basic building block of every internet search. Her most famous creation, an algorithm for the steam-powered Analytical Engine, a never completed computer, proved to be the first-ever computer program. She is still honored the world over for her positively visionary contributions. No wonder the first standardized programming language was named after her.

By the way, Berlin has hosted an Ada Lovelace Festival every October since 2015, where hundreds of female IT experts can meet and compare notes. 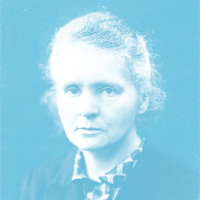 She was a science superstar: Marie Curie is the first and so far only woman to have won two Nobel Prizes. Her work on radioactivity has fundamentally shaped our understanding of atomic radiation. Originally born in Poland, she often had to contend with an ignorant male-dominated world. In fact, in order to even be admitted to a university, she had to emigrate to the more open-minded city of Paris, where she enrolled in the physics and mathematics program at the Sorbonne. Together with her husband, Pierre Curie, also a physicist, she discovered the elements polonium and radium. In 1903, the couple won the Nobel Prize for Physics along with Henri Becquerel for having described "spontaneous radioactivity", now known as radioactive decay. Marie then won the Nobel Prize for Chemistry in 1911. Despite all her achievements, the French Academy of Sciences refused to admit her to its ranks. Its reason: she was a woman.

By the way, three feature films explore the life of Marie Curie. The first one was made in 1943, the last one in 2016. 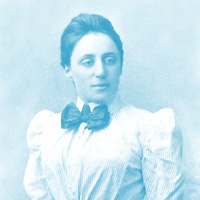 She earned her place as the mother of modern algebra: Emmy Noether from Erlangen was a brilliant mathematician whose research into symmetry was fundamental to physicists' understanding of space and time. Mathematicians still learn Noether's groundbreaking theorem on symmetry and conservation. Noether didn't show much interest in numbers in her youth, despite being the daughter of a Jewish mathematician. She attended a local all-girls' school, loved dancing and music. Shortly before graduation, though, something clicked; she became fascinated by mathematics. She attended mathematics lectures as an auditor at the University of Goettingen, ultimately earning a doctorate in mathematics in 1907. Emmy Noether was determined to become a professor, but that career path was closed to women in the German Empire. It was not until 1920 that she was permitted to obtain the final Habilitation degree that all German university lecturers were required to have and give lectures. The position was initially unpaid, however. She assumed her first paid teaching post in 1923.

By the way, Albert Einstein himself praised Emmy Noether in an obituary, saying she "was the most significant creative mathematical genius thus far produced since the higher education of women began." 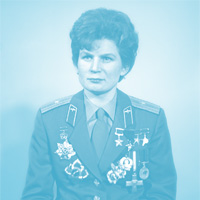 She was a high flyer: Valentina Tereshkova spent three days in space orbiting the earth in June 1963. She was the first woman in the world to fly her spaceship to the stars. It had been a tough road for her. Born in a small Russian village in 1937, Valentina Tereshkova first worked at a tire factory and then as a textile-factory assembly worker, all the while dreaming of a career in astronautics. At a night school, she obtained a degree in engineering, regularly plunged from aircraft with a parachute strapped to her back, and finally applied with the Russian space agency. She passed the cosmonaut entrance exam and was launched into space from the space mission launch center in Baikonur. On this flight, she orbited the earth 48 times. Later on, however, she would say that her favorite planet was Mars. The now 80-year-old says she'd give anything to fly there - including her life.

By the way, in 2014, Valentina Tereshkova, along with seven other famous Russians, carried the Olympic flag into the stadium at the opening ceremony for the Winter Olympics in Sochi. 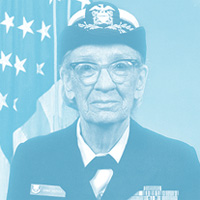 She made programming easier: Grace Murray Hopper didn't just have an infectious sense of humor; she also had a boundless talent for mathematics and computers. One of her most important ideas was to create a program that could translate complex programming language into a machine-readable code consisting of ones and zeros. This was the first "compiler"; it made computers faster and still plays a central role in programming. Born in New York, this daughter of a famous Navy admiral studied mathematics at Yale. She was particularly interested in secret codes and cryptography, joined the US Navy, programmed one of the first digital computers during World War II and in 1955 developed the first commercial programming language, called Flow-Matic. Her nickname, "Amazing Grace", paid homage to her tremendous accomplishments in mathematics and in the US Navy./p>

By the way, one anecdote about Grace M. Hopper says that she invented the term "debug" to describe the process of fixing computer errors. It all began when a moth caused a relay in a computer to fail..